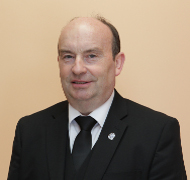 Declan Finnegan became a funeral director in 1988 when he took over from his Uncle Joe who had been running the Finnegan funeral business since 1938. Declan immediately set out to improve and modernise the business with the intention of providing the best service possible. With this in mind, he started training to be an embalmer, qualifying in 1993, making him the first qualified embalmer in County Cavan and the surrounding areas.

In the meantime, Declan along with his wife Teresa had purchased a small shop and garage, which they proceeded to develop into a large and successful service station, supermarket and toyshop, thereby gaining them invaluable experience in the business world.

In 2001, they purchased the former Baptist Church which they refurbished as a Funeral Home as a base for the rapidly expanding Funeral business. At this time, Declan also ventured further into the Memorials business.

In 2007, Declan and Teresa sold their shop in order to focus more fully on the Funeral business.

In 2010, Declan completed a course with the In-sight Institute in New Jersey, U.S.A., to become a qualified Celebrant of Civil Funerals in order to provide a service to all, both religious and non-religious.
Most recently, Declan set about extending the Funeral Home and building a Crematorium, the first Crematorium in Ireland located outside of a major city.

Declan is dedicated to ensuring that Finnegan’s Funeral Home and Lakelands Crematorium maintain the highest level of professionalism possible and that everyone who comes through our doors is treated with the utmost respect and dignity. 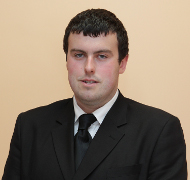